Silvia Defrance studied animation film at the School of Arts in Ghent / KASK where she graduated as a Master in the Audiovisual Arts and obtained a practice based PhD in Audiovisual Arts, at the same school in collaboration with UGent university.

For years she has been teaching about video and various art disciplines. Simultaneously she has worked as a director, animator and producer of independent short films, most of which received financial support from the Flemish Audiovisual Fund (VAF).

Her Voice is a short experimental film and was awarded the Experimental Award at ‘Porto Femme Festival’ 21rst of June 2019, Portugal.

Candy Darling was awarded several times in six different categories. The most important award was the Special Prize to the Best Short Film at ‘The San Francisco Short Film Festival’ 30th of June 2009, United States. 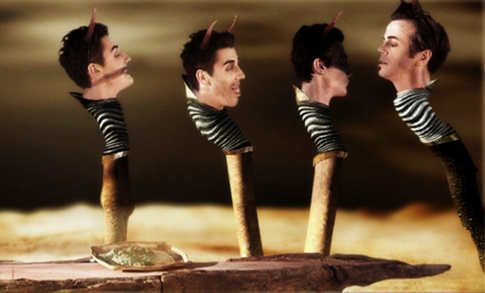 AWARDED in the category: Special Prize to the Best Short Film at ‘The San Francisco Short Film Festival’ 30th of June 2009, United States.

AWARDED in the category: Editing at ‘The New York Short Film Festival’, Feb 2009.

This excerpt from Defrance’s short feature Candy Darling takes inside part of the psychological world that Steve Shagollan of Variety magazine called a Freudian Alice in Wonderland for adults with an ominous landscape. Its quirkiness and idiosyncratic vision move beyond received narratives of sex, trauma and consequences to ask visual questions about the nature of what remains in our psyches, our mirrors, our bathroom sinks and on our hands after encounter and survival. 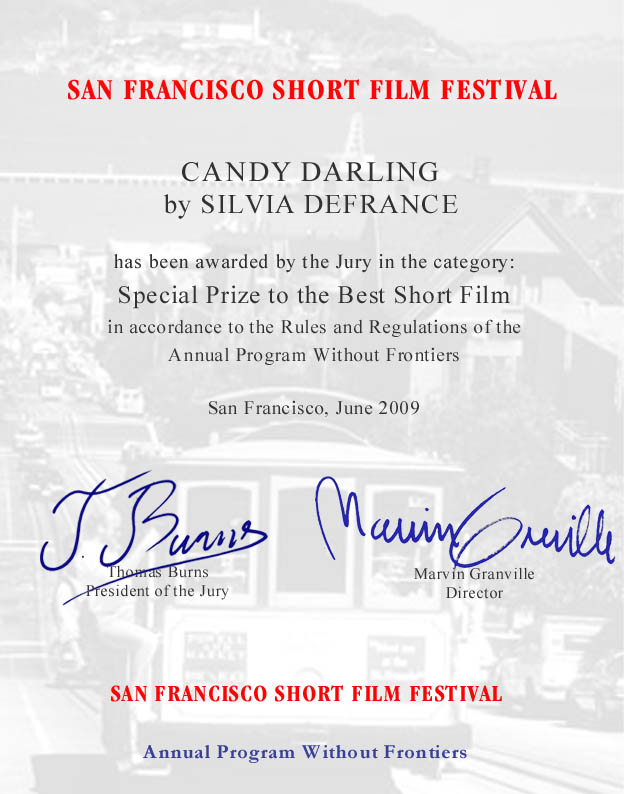