“Her Voice” is a short experimental film where the role and the representation of female identity is addressed.

“Her Voice” offers an enigmatic stream of consciousness that resists conventional narrative expectations. In a certain way, the film echoes the #MeToo era, in which we live now. Somewhere between the desperate Boop-Oop-a-Doop’s of a vintage Betty Boop and the film experiments of Maya Deren. “Her Voice” reflects a woman’s subjectivity and her sometimes problematic relation to the external world.

END_OF_DOCUMENT_TOKEN_TO_BE_REPLACED

Trailer Letter from a Soldier: https://www.youtube.com/watch?v=V5_RFOZujuQ

I am an audiovisual artist based in Belgium.

In my personal work I like to combine different media such as drawings, digital graphics, found footage and live-action film. My background in animationfilm has something to do with that. My latest work as an author in short film, is the experimental crossover film: ‘Her Voice’ with the dancer Lisbeth Gruwez. This film received the Experimental Award at Porto Femme Festival, 2019.

Beside making my own artistic projects as well as commissioned works, I have been teaching video and art to different age groups since years. In 2012 I finished my PhD in Audiovisual Arts on the construction of female identity and the potential of the sensory image.

More recently I am exploring new digital techniques such as: 3D-printing and the lasercutter. It is my intention to post on a regular basis more about new projects and upcoming screenings of my work in the menu under ‘about’ on my ‘news’ page. 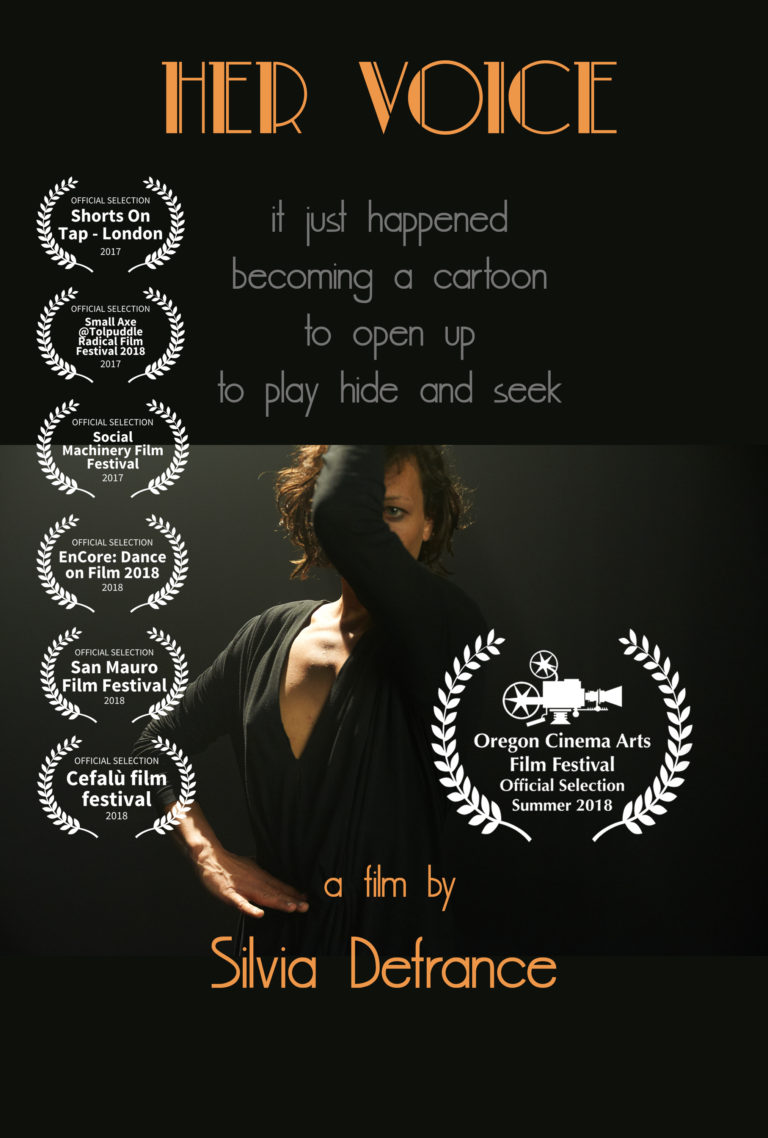 In Her Voice, a corporeal language of spasms and ‘crazy’ poses aids in dissecting the forced masquerade of women as ‘femme fatale’, ‘mystic’ and ‘sex toy’. The voiceover engages in a dialogue with the visuals and attests to a critical interpretation of the three historical icons and letters the film is based on: Lola Montez, Hildegard von Bingen and Betty Boop, who are all played by Lisbeth Gruwez. 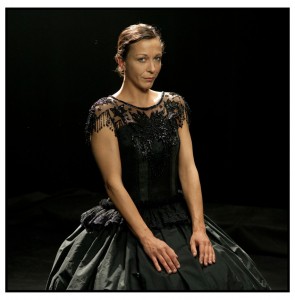 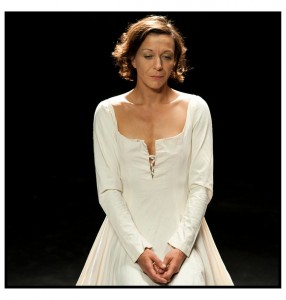 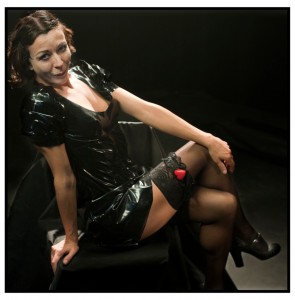 In her search for an ‘alternative cinema’, Silvia Defrance keeps on exploring, the potential of a sensory visual style that puts the physical experience of film before the rational understanding of a narrative plot. The film evokes a sensory experience, exploring the line between suggestion and representation.

END_OF_DOCUMENT_TOKEN_TO_BE_REPLACED 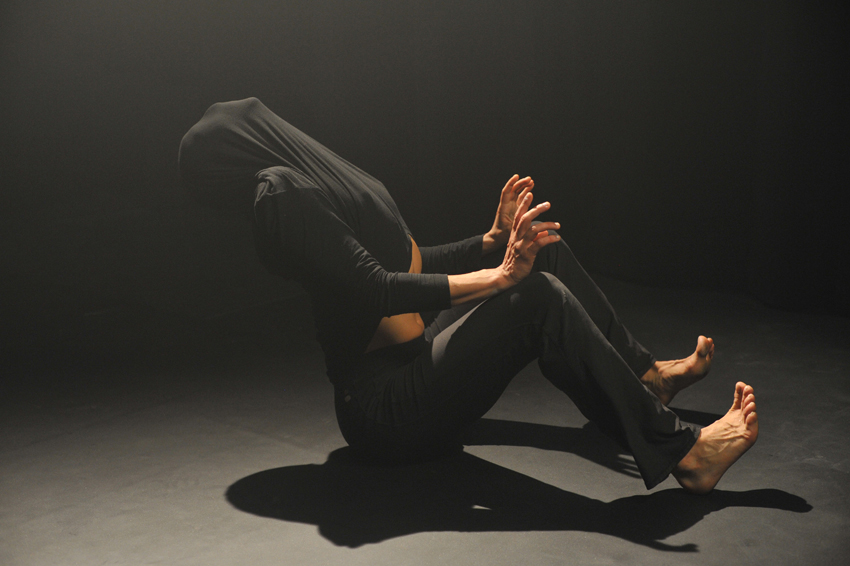 Her Voice started with a series of written autobiographical reflections. This in turn brought about a number of structural aspects with regard to film language which included the idea of ‘the fragmentary’.

The autobiographical element is extrapolated and superimposed upon the three historical women, Betty Boop ( the sex-toy), Lola Montez (the femme fatale), Hildegard von Bingen (the mystic)  and these three women formed the basis for this concept. The three women I have chosen are Lola Montez, a dancer and a mistress who lived in the 19th century, the cartoon character Betty Boop and the mystic Hildegard von Bingen who lived during the Middle Ages. This process results in a subjective evocation of a new female voice: a fourth woman (the filmmaker).

The film concerns itself with the abstracted idea of a woman as well as the clichés pertaining to traditional female iconography as represented by Betty Boop, Lola Montez and Hildegard. Thus the film becomes a blend of personal impulses indistinguishably intertwined with the story of three historical women. The fourth female is invoked by means of the female form which seeks to visualize ‘experienced body images’. These images are then interpreted by the actress / dancer Lisbeth Gruwez.

An inner voice indicates the process of this fourth woman,and is conveyed by a voice-over. This text has a confessional character and becomes a poetic evocation where the fictional and the real start to blend. Eruptions of a female identity are visualized and are perceived in the film more as incidental moments than as a logical narrative that evolves from beginning to end. With this film I seek to find a balance between movement versus frozen images; images versus voices and emptied images as imagined by black screens versus silences. All these elements ensure that the image will have a suggestivequality which will establish an intimate tension towards the public.

The lives of three historic women, Betty Boop, Lola Montès and Hildegard von Bingen are merged into a single female body. They embody her complexity, resulting in a fourth female voice.

In a quest for personal freedom and creativity, the women are trapped in the tension that exists between the individual and a collective female subjectivity.